How Does Selling a Property Impact an Insurance Claim? 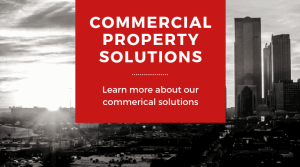 Consider the following situation which poses what I like to refer to as a “law school exam question.”

The issue at hand arose when an insured had a contract to sell his property, but prior to closing, the building sustained a fire. Your understanding will likely result in a smoother sale of your business or home and get more dollars faster into the account of the “right” party.

This particular recent conundrum allowed me the opportunity to don my “legal-eagle” cap and along with my experience as a public insurance claims adjuster, provide bases for possible solutions.

Well, take out your bluebooks (sorry, that dates me, I know) and begin writing . . .

Now, let’s assume that one of two events take place or has taken place:

Then what? Either 1) You have incurred an insured event and now you decide you want to sell your property while your claim is pending; or 2) In the midst of selling your property, an insurance claim occurs.

The key principle in play supports that a loss should not hold up the sale or transfer of property. In fact, the insurance company cannot hold up sale and transfer just because there is a claim pending.

Please be wary of insurers which try to delay or deny altogether the payout of claims when properties with “live” claims are subject to a sale. The maneuver is just part of the insurance company’s own agenda to avoid paying the max of what is rightfully due in a timely manner.

Assignment of the Claim:

There are several scenarios that can occur depending on the language in the purchase agreement. One such scenario involves the seller assigning part or all of the claim to the purchaser. Every insurance policy has some version of an “anti-assignment” clause. That clause simply means that the policy itself cannot be assigned without the insurer’s consent, but a post-loss claim is absolutely assignable, notwithstanding the clause.

Factor in these possibilities.

First, let’s assume the purchase agreement does not assign the insurance claim. In such an instance, only the seller could bring a claim for loss or damages under the policy that was in place at the time of the damage,as the buyer would not have standing to bring a claim as it did and does not have an insurable interest. In such an instance, assuming no assignment, a seller would typically reduce its purchase price by the amount of the claim that it stood to recover, in order to put the buyer in the same stead that it would have been had no loss occurred.

Now, let’s assume that the seller did assign the claim to the buyer, the buyer would have the right, per the assignment, to collect the proceeds of the claim and make the repairs. In such a case, the sales price would remain as was in the contract for sale.

In both scenarios above, the insurer does not escape any indemnity, which is appropriate.

Ok, now let’s change the scenario to assume the insured seller already collected the actual cash value under the policy (defined differently in different states, but let’s go with the predominant definition: “replacement cost minus depreciation”) and then sold/transferred the property to a buyer.

Is either the seller or buyer entitled to make a claim for the withheld depreciation (the repair or replacement cost of the property) from the insurance company? The answer, in short, is “Yes,” when the property has been repaired or replaced. But who is entitled to make the claim? Again, that depends on the language in the purchase agreement. If the claim has been assigned, then the buyer would be able to repair or replace the property, and make a claim for the withheld depreciation under the seller’s original policy.

But what if there was no assignment of claim. Can an insured who has already transferred a property make a claim for withheld depreciation, literally, on a property that they no longer own?

That question was addressed several years ago by the Seventh Circuit Court of Appeals in Edgewood Manor Apartment Hoes, LLC v. RSUI Indemnity Co., 733 F.3d 761 (7th Cir. 2013). There, the court determined an insured, whose property had been damaged by a storm, could sell the unrepaired property and maintain a claim for replacement cost proceeds.

Without going into any meaningful depth on the court’s reasoning, the insurer paid the actual cash value of the loss caused by Hurricane Katrina to the insured and began negotiating the replacement cost coverage. During those negotiations, the insured sold the property. Following the sale, the buyer repaired the property and eventually both the seller and the buyer sued the insurer for the replacement cost. Both the trial court and the circuit court agreed that, absent an assignment of the claim, the buyer lacked standing to sue.

The question remained: Could a seller still recover the withheld depreciation/replacement cost proceeds?

The insurer argued it had no obligation to pay because the seller sold the property in an unrepaired state, did not incur any expenses to repair the property and it had lost its insurable interest after the sale. The trial court agreed with the insurer and dismissed the claim.

The seller appealed, arguing its right to recover survived the transfer of the property and the policy did not require it to make the repairs to the property, only that repairs be made. The Seventh Circuit agreed, ruling Mississippi law only requires an insurable interest in the property at the time of the contract formation, i.e. when the policy was issued and did not require the insured to maintain the interest while a claim is being negotiated, settled or throughout litigation.

But what about the fact that the seller didn’t even make the repairs?

The Seventh Circuit held that the insurance policy did not require the insured to have made the repairs itself, only that repairs be made. The court stated that replacement cost insurance is A) supposed to be more than an indemnity policy, B) is designed to put the insured in a better position than before the loss (and charging a commensurate premium for this benefit) by compensating the insured for depreciation, and C) that if the insurer intended a “repair it yourself” requirement, it could have drafted the policy language thusly.

In Edgewood Manor, the court held that the seller/insured had an insurable interest in the property both when it procured the policy and at the time of the loss, satisfying any legal requirement for standing. Again, the options that the seller has are: A) take a reduced sales price based on the damage and collect the RCV; or B) take a full sale price (as if the property was not damaged) and provide an assignment of the claim to the buyer.

As a note, there may be one area where failure to provide an assignment of a claim could result in the cutoff of payment to a non-repairing seller. That is in respect to code upgrades. Typically, code upgrades are only required to be paid by the insurer, in the amount incurred, when incurred.

If there has been no assignment of claim, but the buyer who has taken ownership and possession of the property makes the code upgrades, the buyer would not likely have standing to recover from the insurer (inasmuch as there has not been an assignment) and the seller would also not likely be able to recover from the insurer (as they did not actually incur the cost of code upgrade).

In such a circumstance where a buyer is likely to have to repair, including making code upgrades, the real estate transaction should assign the buyer the claim, so the code upgrades can be recovered. No sales price alteration need be made, however.

Summarizing, don’t let the carrier tell you that you are caught in a “Catch-22” when there is a claim during the sales of real estate. Recovery by either the seller or buyer, depending on the agreement, is viable. And the sales price may or may not have to be adjusted so that both sides are in the position they thought they would be in absent an insured event. Certainly, public insurance claims adjusters, such as the Alex N. Sill Company, can help smooth the way through a claim if this issue should arise.

Contact a Sill public adjuster near you for help maximizing your business or residential property damage insurance claim.